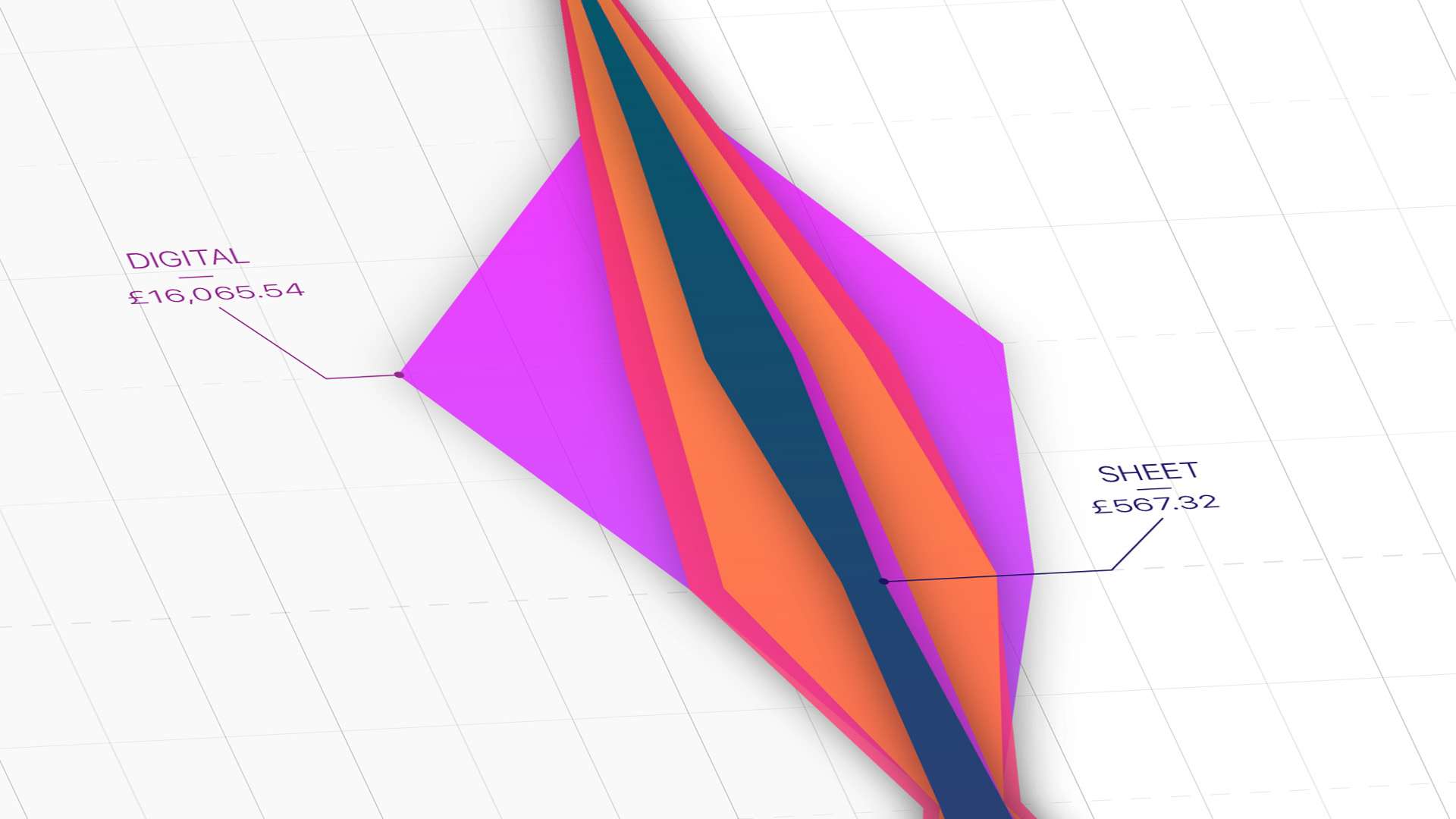 Have you ever wondered how much money musicians really make off the back of their tracks? Celebrated singer-songwriter Imogen Heap wanted to show the world. So we took the data from one of her songs and transformed it into a piece of interactive art.

Most people assume famous musicians make a fortune. But that’s not really the case. Mycelia, developed by Imogen Heap, wanted a way to visualise the amount of money musicians actually take home after everyone else has taken their slice. The goal was to make the music industry a little more transparent.

We looked at the earnings history of a single song from Imogen’s library of work, Hide and Seek. We decided to create a simple, visual way of representing the money she had earned since its release in 2005.

Data visualisation normally means graphs. We didn’t want graphs. Instead, we created a single immersive digital graphic that revealed the song’s economic journey stage by stage. The finished piece, called Life of a Song, was an interactive representation of the track that was both accessible and artistic.

Heap was so happy with Life of a Song that she took it on a global tour and presented it at the Web Summit. It was also nominated for a Webby Award for Best Data Visualisation.

Shortlisted for a webby award and presented by Imogen Heap at FutureFest and Web Summit 2018.